Erica Askiname is an original character created by Darkest Shadow. She is one of the wealthiest females in the world.

In order to prevent her identity from being exposed while she stayed in Autumn Springs, she went under the alias Erica Mader, completely disguising herself to start a new life. She kept this charade going until her high school graduation, where she took off her wig while saying her speech. This left everybody in complete shock.

Erica Grace Askiname is a twenty-year-old woman from in Newington Conneticut. Her father runs a multi-trillion dollar oil company, and the money flows throughout her family. With the enormous amounts of wealth she has, she lives in her own gigantic mansion with her maids, and butler.

Back in high school, she keeps her extreme amounts of wealth very secretive. She used a different surname, dressed more typically with a wig, and took her friends to a different, more common estate. She only told the people she felt closest with about her true identity, because if everyone knew, then they would have been all over her, and she would've had to move away again.

With all of her money, she buys an extreme amount of things. She owns a total of fifteen estates, four of them owned in her town (her own, Gwen's, her grandparents', and an extra one). She currently resides in a five-story mansion,rooms made entirely out of gold, a hallway full of clothes and shoes, four flights of stairs all made of unbreakable glass, two private jets, a movie theater, a trampoline room, and a backyard garden that is ten acres large. A third of her house is used as gigantic vaults for money compartments.

Erica is the daughter of Victor Askiname, who runs a multi-trillion dollar oil industry. She was born into extreme wealth, and had a surprisingly rather boring childhood. She grew up with her father and his wife, Estelle, in Williamsburg, Virginia. Mansion life suited her very well, as she learned about her origins and why she has such a great life advantage.

In an effort to keep her identity hidden, Erica was homeschooled for most of her life. Victor paid the best teachers to come in and have private school sessions with her in order for her to have a great education. Erica didn't have many friends growing up, having to always be followed around when she goes out in public. She had the potential to literally do anything, but she was very unsatisfied with her lack of a social life. She wanted to go out and have friends without being in disguise, which she knew she couldn't accomplish.

Her parents listened to her voice her numerous complaints about this, and they finally decided to do something about it in 2014. Victor arranged a new estate for Erica, and set up a team to help her move. One night, she sat down with her parents for dinner where they discussed how she was going to be moving out. She was surpsingly very unhappy to hear the news. They later convinced her to go, and move, but she had to stay under a "permanent" alias:Erica Mader.

With this, Erica moved away from Virigina to a small town in Connecticut known as Autumn Springs. With brown hair and glasses, she successfuly concealed her identity and her biggest dream eventually came true. She was finally able to go into a school and have a social life. On her first day, she met a few kids during lunch, and eventually decided to become friends with them. However, eventually they started to piece together that Erica Mader isn't who she says she is. Louis was the first to discover her identity, followed by Zack, and then the rest of the circle. Though she broke the vow to her parents to conceal her identity, the group met the parents and discussed the matter. They agreed to keep her identity a secret, and she grew closer with the group.

After graduating high school, Erica had her eyes set on Harvard. She initially got rejected, but she had a counteroffer that the admission's team couldn't refuse. She is setting to major in Law in hopes to take over her father's company in the next couple of years. No longer needing a disguise, Erica had no problem making new connections and friends. She even started her own sorority; TriKappa, open to young women who struggle to come out of their shell.

One year later, she decided to transfer from Boston to Philadelphia, enrolling in Middleton Law School. She thought Harvard was overrated, and wanted a deeper education. With lots of time studying the law, she aced the LSAT without any financial support.

The best way to describe Erica is positive and cheerful. A nice pocketful of sunshine to everyone, Erica is always happy, probably because she has so much money to spend. She will always cheer up her friends whenever they feel down, probably by buying them something.

Despite being a blonde, Erica is actually very smart. Trying her best to follow the footsteps of "Elle Wood", her ultimate lifetime goal was to get into Harvard and become an ace attorney. However, she wants to get into without persuading them with money or love.

Erica is an amazing liar. Being raised, her family counted on her to keep her wealth a secret. She has been hiding it since she began school, and she only showed The Clique and her closest friends. She has realistic alibis that not even lawyers can see past. 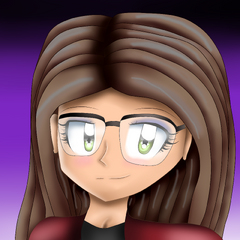 Erica is a beautiful young woman with fair skin, standing at about 5 feet and 8 inches and weighing in at 135. She has long wavy blonde (dyed) hair that goes down to her bra-strap. She also has piercing blue eyes. She usually dresses in very pricy clothing.

However, to keep her from the exposure in public, she keeps her identity a secret by wearing a brown-hair wig that goes up to her shoulders, and sometimes a pair of glasses. Her clothes are also very "average" looking, according to her.

Erica was spoiled rotten by both of her parents. They let her do whatever they wanted, but it got boring rather quickly. She never understood why they sent her away as a child, even though they both knew that it was the best option for her sanity. They visit her several times a year to check up on her, and fully supported her career in law study.

Erica shares a close sister-like bond with her second cousin, Lili. Both of their grandfathers ran a multi-billion dollar oil company, giving both of their families an abundance of wealth. However, though Erica's grandfather passed on his legacy to his son, Lili's grandfather did not do the same for his daughters.

Kendrick and Erica had a long-lasting relationship. Being one of the most popular athletes in the school, they have a typical jock-cheerleader love story. However, Erica doesn't have the slightest clue that Kendrick is using him for popularity. Kendrick in actuality thinks that she is a brat, and constantly talks with his friends about how bad of a piece of shit she is. Erica on the other hand always talks about how great he is and their "future plans". Kendrick, however, does not know who Erica truly is, as her friends tell her not to reveal her idenity to him.

Kendrick shaped Erica into a party-goer, as she invited him to several bangers, which she referred to as "peasant parties". He was the one to introduce her to booze and weed. Though Erica decided to reamin loyal to Kendrick throughout their relationship, Kendrick cheated on her multiple times unbeknownst to her. He acts like she's the one, but he actually has two other partners that he would have sex with behind her back.

After over a year of a relationship, Kendrick dumped Erica because "his feeling changed". This put Erica into a horrible state of sadness, but Kendrick didn't really care. When Erica revealed her true identity during graduation, Kendrick immediately felt horrible and apologized to Erica, to which she could care less.

Gwen and Erica have a strong bond. Ever since Erica heard about Gwen's horrific financial crisis and her living in a small attic, Erica agreed to let her stay at one of her family's estates in the city until her parents could afford the house. Erica views Gwen as a sister, knowing each other the longest out of all of her friends. She could see past her dark persona and could make her truly smile.

Nick and Erica had a fling for a while. In the past, neither of them could stand each other, but they were very close friends and were always talking. He always hangs out at her estate. Over Memorial Day Weekend, the gang went down to Rhode Island for the weekend to celebrate with some drinks, but while both Erica and Nick were very, very drunk, they got together on the first night. They both woke up in the same bed and decided to just go out, as neither of them were seeing anyone and they have a good chemistry already.

A little over three months in their relationship, Erica had to end things with Nick because she had to focus on what she wants to do with the rest of her life. She didn't want her feelings to override her decisions, and wanted a clear mind, which she rarely had when she was with him. They remain good friends.

Erica and Marmalade are besties. They love to go shopping for next clothes with each other and hang out in her pool.

Zack and Erica consider themselves very close friends. They knew each other even when Zack was in England when Erica and her family went to England for a small Gold Rush. They met up after, and to this day they are seen by the school as a power couple.

Louis and Erica are good friends. Louis was the first one to realize who Erica "Mader" really was.

Erica and Emma are good friends. Erica did end up doing quite a few things for Emma, such as buying her the Siberian Tiger Sanctuary and giving her a job working for her giant Pet House.

Erica knew Nikki from a while back. Nikki knew that Erica wasn't who she says she was, and planned to expose her. However, Erica payed her off a generous six hundred dollars to not only keep her mouth shut, but also to spy on Kendrick when she isn't there. Ultimately, Nikki was Erica's informant for whenever Kendrick cheated on her.

Erica's seemingly endless amounts of wealth caused her to buy a numerous of extravagant things, some of these include:

She also spent some of her money on her friends

Retrieved from "https://darkestshadow.fandom.com/wiki/Erica_Askiname?oldid=5401"
Community content is available under CC-BY-SA unless otherwise noted.